We are looking for 10 staff members to be a part of the First Class Adventure staff. Join other arrowmen in serving at the area-wide conference!

Sign-up as staff for the discounted rate which includes housing and food for the event.

Hi everyone – our May Council of Chiefs will be our onsite preview for Section Conclave. We’ll be at Northern Tier on Friday and Saturday.

This year is full of exciting events, such as Philbreak 2019, the second OA Hackathon and Focus 2019. Learn more about them here.

The recent change in OA membership requirements authorizing the election of female youth to the Order of the Arrow, together with questions that have arisen relative to the proper use of American Indian clothing and symbols in Order of the Arrow ceremonies and activities, make it advisable to issue guidance to lodges on this subject.

The following additional guidance is provided to assist lodges in adhering to the above policy:

Determining What Is Respectful

It is the lodge’s responsibility to ensure the proper application of the above policy. In many cases lodges have resources within the lodge and or relationships with local tribes that enable them to satisfy themselves they are in compliance with this policy. In other cases, lodges may need to refer to available published resources or seek out a new local contact to assist in making their determination.

In cases where lodges find themselves unable to determine their compliance with the above policy, the National OA Committee has identified resources within each region to aid lodges in making this determination. The following individuals are available for that purpose (contact with any of these individuals is restricted to adult members only):

Ceremonial principals. Female youth are eligible for all principal positions in OA ceremonies, including that of the chief of the fire. The names of the principals used in OA ceremonies need not be changed because a female is personifying any particular principal.

Ceremonial clothing: Female clothing is to follow the basic policy stated above. In many tribes females may wear much the same clothing as their male counterparts. In other cases it would be inappropriate. The lodge must make the determination as to which is the case. In cases where female clothing differs from that of males, appropriate female clothing consistent with the policy stated earlier should be worn. Doing so does not change the principal being portrayed in the ceremony.

Complete field uniform: The complete field uniform of the Scout portraying the principal in the ceremony. Common uniforming is not required (i.e., having a Scouts BSA, Venturer, and Sea Scout in their respective field uniforms portraying separate characters is acceptable). An additional alternative clothing option for use in OA ceremonies is being explored. If approved, it will be communicated to lodges through the new membership policy transition site on the OA web site.

Each character and the team as a whole must be dressed consistent with the option chosen. The mixing of American Indian clothing with an alternative, either on an individual basis (e.g., Scout field uniform and Indian bonnet) or on a team basis (one character portrayed in American Indian clothing and another in Scout field uniform), is not authorized.

Four female dance styles are being added to the list of dance styles currently in use for OA dance competitions. Once finalized, guidance on these dance styles will be communicated through the new membership policy transition site on the OA web site.

For lodges that are interested in doing advance research, the four styles being explored are: 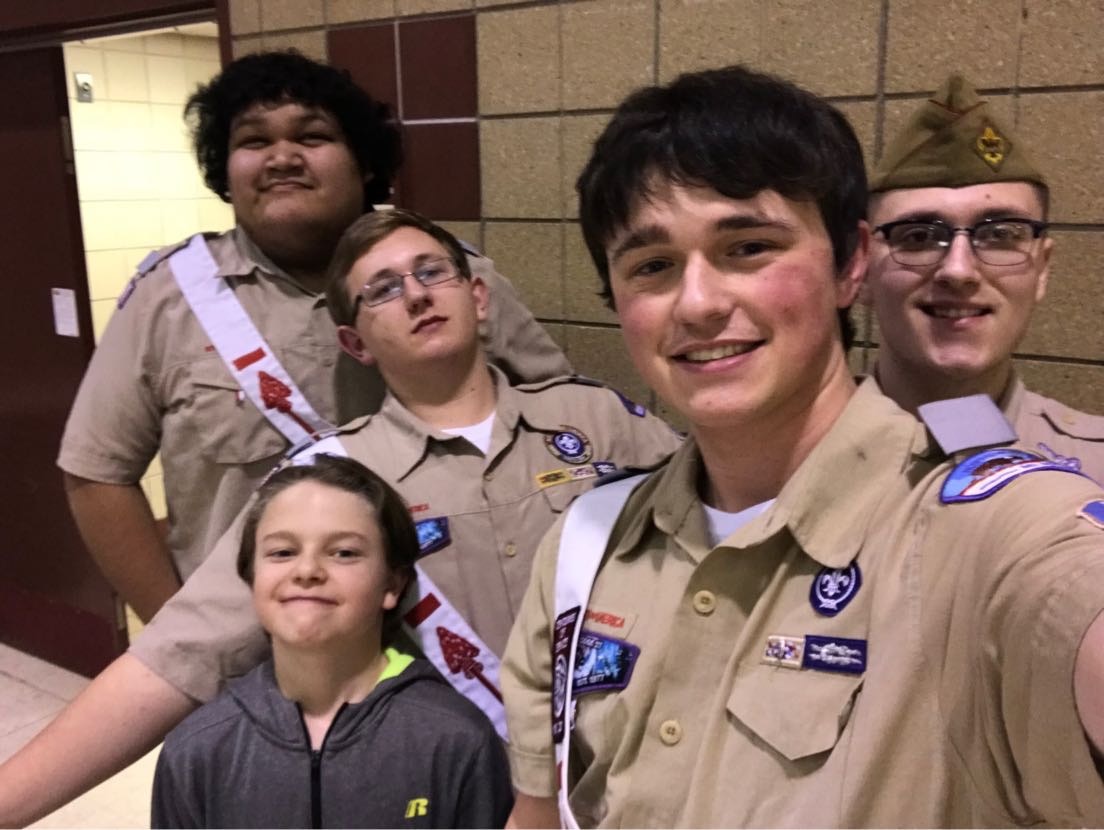 First up is Section Chief Evan Schroeder, from Alexandria, MN!

Evan has been involved with the Scouting program for over 13 years, and is a Vigil member of Pa-Hin Lodge #27. We had a chance to sit down with him to ask about his favorite memories, and some advice for new Arrowmen.
————-
Evan, what’s your favorite OA/Scouting memory?
“Oh gosh, I have so many favorite memories. when I really think about it I’d have to say my first year on Staff at Camp Wilderness. It really expanded what I knew about Scouting. It gave me so many fantastic friends and opened tons of doors for me. My summers at Camp have been, and continue to be the greatest Summers of my life.
————-
What are you most looking forward to in your leadership position this year?
“I’m really excited to get to meet lots new people at different events! I also can’t wait to help plan one of the most engaging Conclaves our section has ever seen! I’m super fortunate to be working with an amazing team!!”
————-
Any advice for a new arrowman?
“Get involved! There are so many different things you can experience in the Order. From hanging out with friends at fellowship events to becoming a more well rounded leader. The OA really made a difference in my life, I can’t wait for you to find your place in it and what your journey holds.”
————-
Who will be introduced next?
Check back next week for a new #c1a officer introduction!